Adam Karpowicz writes that the bow should have tips no more than 10 cm apart after the last layer of sinew. He doesn’t mention any heating. Can you really achieve such a reflex by just pulling a bow after the glue is firm? With no heat at all ?

How about the reason though?

Reflexing is simply done to ensure sinew layer attaches properly to the bow. While drying, it contracts a lot (shortens). This creates the need to compress the backing part of the bow by reflexing the bow with tying ropes. If this isn’t done at all, sinew will most likely delaminate.

So my opinion is, there is no need to create huge reflex. Only so that the sinew back will get glued properly. Your end reflex will vary greatly based on your core reflex. Adam K. and some other known bowyers are using big core reflex with almost circular bend. This circular form achieves a lot of reflex, good example is Tuomo’s bow right here: Building a turkish flight bow (my second) - #19 by TuomoReiniaho
It was bent on my flight bow form that is well comparable. With such core or even a bit more reflexed, you could end up tips crossing reflex after multiple sinew layers.

Yes, you can heat the bow into pretzel shape, but i don’t know much about the effect. Is it really beneficial at all? Might well be since they did it. But what i notice is sometimes aiming for really high reflex will make it too hard to open the bow, ending up in sinew delamination at the apex of kasan eye or around there. Simply too much stress.
What i have found is the reflex you end up having is what you have when you glue horn to wood core. Sinew reflex will pull out.

This is maximum reflex that I think it’s safe for horn. I’m worried about cracks. I hope it is enough to prevent delamination. 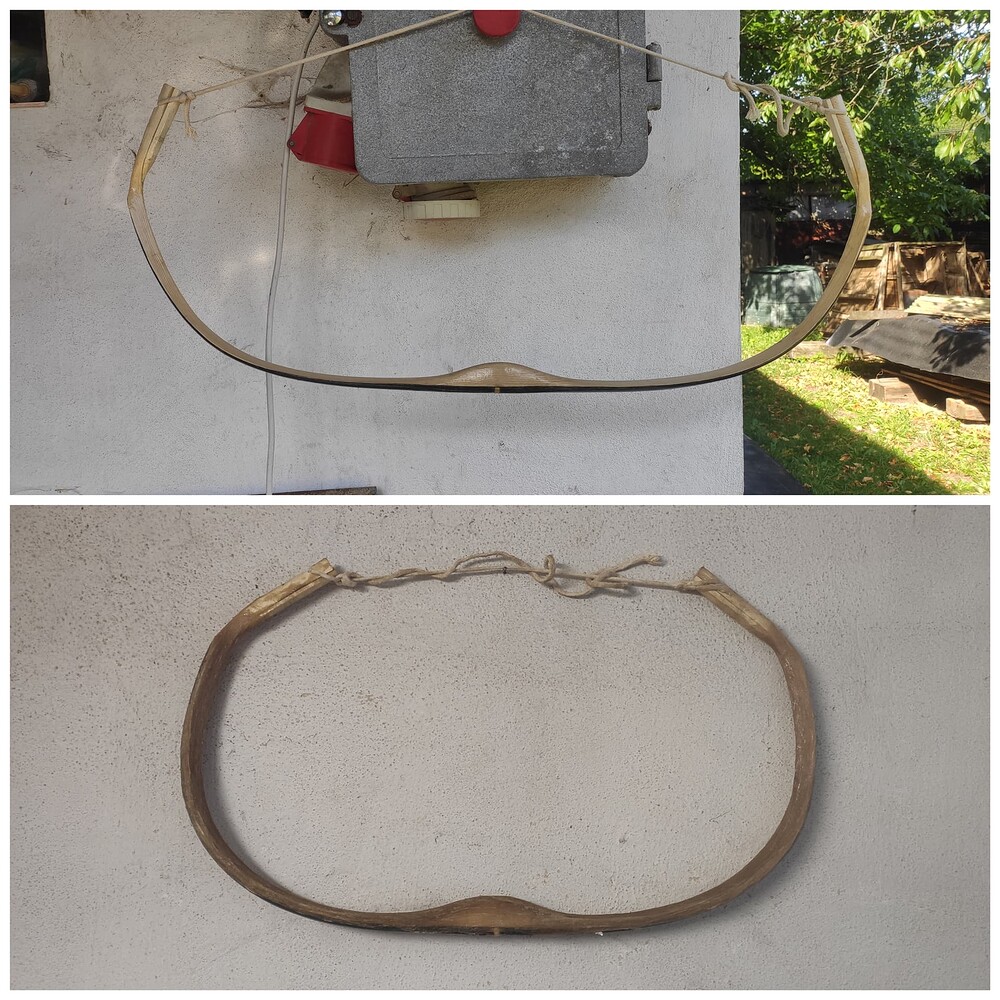 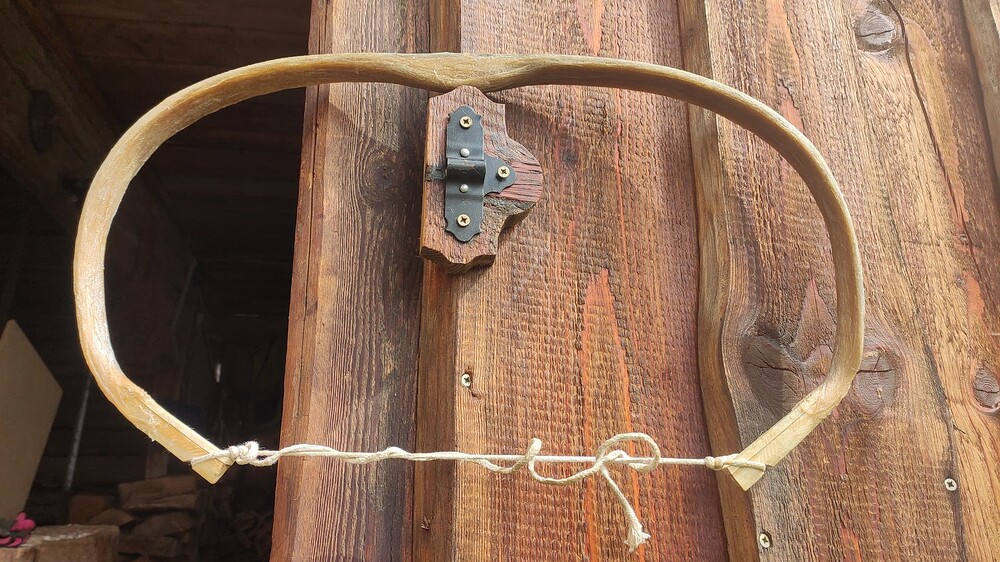 Well you know, those bows tied to pretzel shape were done with exactly same water buffalo horn as yours. So its not maybe a problem of the material itself. When there is more wood in the core (thick, heavy bow), its not possible to reflex as much as with flexible flight bow.

The amount you have in the pictures is more than enough. Sinew will stay in place no problem.